Since the late 1990s, Ginelle Chagnon (Jean-Pierre Perreault’s former rehearsal director) has transmitted the choreographer’s repertoire. Following Perreault’s passing, some works were remounted in Quebec and abroad, including Joe in 2004 and Les Ombres dans ta tête at the Ballet de Lorraine in 2008. In 2009, students at UQAM performed adaptations of Continental (1973) and Dernière Paille (1977), and the complete version of the solo work Huit Minutes (1982). In 2012, a group of dance training schools revisited excerpts from Joe and Rodolphe, performed on stage by over 60 dancers. From 2016 to 2019, the repertoire was taught each fall to first-year students at the École de danse de Québec who discovered excerpts from Eironos (1996), L’Exil, L’Oubli (1999) and Nuit (1986). In 2011, RQD offered professional dancers an opportunity to revisit Joe and Rodolphe using choreographic installations. And in 2015, Marc Boivin and Sarah Williams held a workshop around excerpts from L’Instinct (1994).

In collaboration with the Fondation Jean-Pierre Perreault, the Regroupement québécois de la danse (RQD) invited professional dancers to discover Jean-Pierre Perreault’s oeuvre by revisiting the concept of Installation chorégraphique 1 : L’Instinct, a work created in 1994 at the Musée d’art contemporain in Montreal. For… 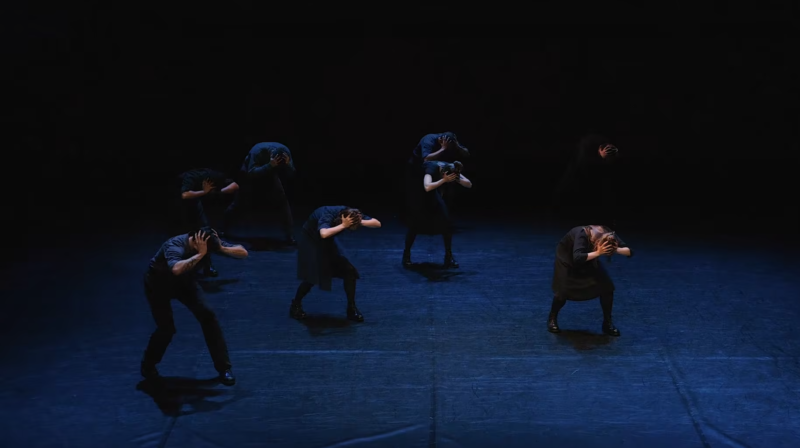 From January 7 to 18, 2019, Ginelle Chagnon taught excerpts from Jean-Pierre Perreault’s Nuit to professional dancers at the Toronto-based company Citadel + Compagnie. The workshop concluded with a moving performance before an audience of 25, including James Kudelka. Our thanks to Laurence Lemieux, Artistic…