Territoires Partagés – essay by Lucy Fandel (In French and English)

Last summer, if you showed up to Nous Sommes L’Été (NSL)’s Classes du matin in Montreal, you would be led by three dancers, Corinne Crane, Alexandra Caron, and Marie-Michelle Darveau. Each would propose a different set of exercises, testing and negotiating their pedagogies live and in collaboration with one another and students.

Other classes and workshops such as Neil Sochasky’s Mouvement Analysis and Bailey Eng’s Hands as Feet invited students to explore more structural perspectives on movement. Neil’s Approches à l’Interprétation discussed the importance of artistic imagination in movement. In Alanna Kraaijeveld’s seven o’clock morning practices, with the new-fangled Cinq, quatre, trois, deux, un training schedule as a structure, participants worked in duration and reactivity: five hours on Monday, four on Tuesday, and so on culminating Friday with an hour of standing as the Earth rotated, revealing the sun. All were part of the explorations on teaching and moving in NSL’s summer laboratory.

The NSL lab is like a summer camp for professional dance artists. Every year, it is built directly from one-on-one conversations between artists and organizers (Alexis Trépanier, Stefania Skoryna, and me, in Montreal, and Etienne Lambert and Marie-Chantal Béland, in Québec). After having heard from artists, we imagine how the lab will unfold, matching people in creative teams and organizing explorations, workshops, and discussions. Our hope is that ideas and questions raised by artists will take on a life of their own in the studio. All we impose is a willingness to listen, meet people, and try new ways of working.

Teaching for not knowing

In a neoliberal experience-based market, dancers are no longer trained in the style of a single company, and choreographers often leap between venues and institutions. The link between the needs of dancers and the structure of the economy in which they work has been made by dance scholar Meghan Quinlan (2017). She takes Gaga as an example of a meta-technique that imposes a language with minimal form and allows dancers to practice tools that will help them adapt to the huge variety of textures and forms demanded by independent choreographers. Practicing versatility and reactivity in different choreographic systems, sometimes within one rehearsal, requires adapted training (Quinlan, 2017).

In the absence of a meta-technique like Gaga, this work can also take place in reactive and collaborative communities. In the organization of NSL’s lab, the idea of a “programme” or “line-up” for workshops and teachers does not reflect the malleable and experimental qualities that we want to enable because those terms both imply a more traditional curriculum design. As organizers, we do make choices and do a fair share of designing and negotiating encounters. These choices stem from our emphasis is on reactive listening to the dance community’s needs and desires in the hopes of facilitating its vivacity.

When an artist proposes to give a workshop in the context of the summer laboratory, we encourage them to steer off-road, to propose a model of training or teaching which they have yet to test, and by which other participants have not yet been confronted. The result is that teachers are often working in unfamiliar territory, with people they do not know. The participants are aware that the teacher is exploring, which opens up more space for collective questioning.

Last spring, several artists spoke to Alexis, Stefania and I about exploring the teaching part of their practices in conversation with others. We then spoke with Corinne, who teaches adult classes at l’École de Danse Contemporaine de Montréal, about how the lab could integrate training, learning-teaching, and student-teacher dynamics. After more conversations with Marie-Michelle and Alexandra, who teach for adults and teenagers and were questioning their artistic and teaching practices, we planned a week of collaborative morning classes.

Teachers who dance and dancers who teach

The name, Classes du matin, was open enough to allow for anyone to show up and expect to dance, but not to impose restrictions on how propositions were introduced. Marie-Michelle noticed that several of the dancers who came to the classes were familiar with both the dancer and teacher roles. Some worked primarily as dancers who also teach, and others as teachers who also dance. In the context of the morning classes, this raised interesting questions about how our relationship to training can shift through our careers and across different roles.

She pointed out that the usual training options for professionals, don’t fit into the schedules of full-time dance teachers in primary and secondary schools. It can feel jarring to step into a professional class after a few years away. Yet, for them and their students, it is important that they stay informed about current approaches to movement and training. For dancers whose teaching is secondary to their careers as performers or choreographers, accessible teacher training and opportunities to discuss pedagogy are equally relevant.

Organizations that move and speak

The dance community is well equipped for the de- (and re-) structuring of its own learning. Randy Martin, who was a professor of art and policy at NYU Tisch before he died in 2015, has written extensively about the relationship between dance practices, and cultural power dynamics (Martin, 1998). Dance, according to him, has an unusual capacity for mobilization, of itself and larger social issues. It routinely puts into practice knowledge of how bodies are assembled and move, how space and time are configured, and a commitment to the value of interconnection (Siegmund, 2016).

In my experience, and that of others in my cohort, leaving the institutional framework of the Concordia dance program after graduating was jarring in part because of isolating nature of freelance work. Organizations like La Serre des Arts Vivants, l’Organisme, La Machinerie des Arts, and the Regroupement Québécois de la Danse feel like kin to NSL because they share mandates of resource sharing and community building in a way that reflects the realities of the field. As lab organizers who are also dance artists, Alexis, Stefania, and I are keenly aware of the need for an ecosystem that lets us to train, create, and learn autonomously, but not alone. The connectivity of the lab participants is a defining quality of the lab, deliberately and caringly woven into the organization’s reactive structure. Our hope is that future lab explorations, the past summer’s morning classes, become spaces to practice the mobilization of our own training in a way that will germinate into unknown forms. 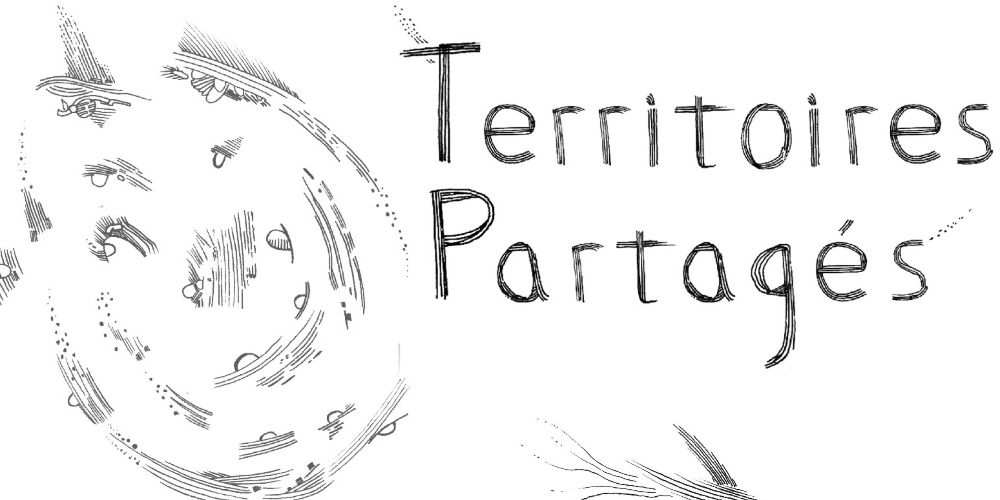 Territoires Partagés (November 18 to May 2020) was a website designed to observe and document dance training practices in Quebec. The site included sections with texts, interviews, podcasts and visual documents highlighting multiple practices. It was an opportunity for artists to explore the dance ecosystem,… 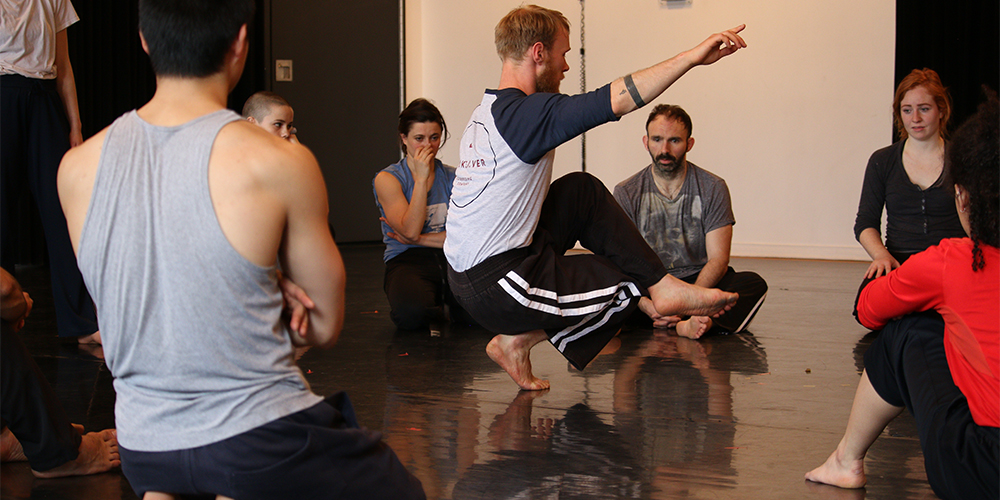 Antoine Turmine tells us about his online training activities